In this article, we will discuss some of the Terms used in Obstetrics Part-2. So, let’s get started.

Gestation: Duration of the pregnancy, usually 280 days or 40 weeks, marked from the first day of the last menstrual period.

EDC/EDD: “Expected date of confinement” (EDC) is an old-fashioned term indicating the date of a woman was expected to deliver and be confined. A more mordern term, estimated date of delivery (EDD), is now commonly used.

Parturient: A woman in labour

Pre-term labour: Labour that starts after the 20th but before the 37th week.

Term labour: Labour initiated after the 37th week of pregnancy but before the 42nd week.

In this article, we will discuss some of the Terms used in Obstetrics (Part-1). So, let’s get started.

Nullipara: A woman who has not been pregnant or has never completed a pregnancy beyond 20 weeks of gestation.

Primipara: A woman who has had one delivery beyond 20 weeks of gestation.

Multipara: A woman who has had delivered two or more pregnancies beyond 20 weeks of gestation.

Nulligravida: A woman who never has been pregnant.

Primigravida: A woman who has been pregnant once.

Multigravida: A woman who has had more than one pregnancy.

Postpartum: The period after childbirth.

Puerperal: The period from the end of labour until the uterus return to pre-pregnancy size, generally from 3-6 weeks postpartum. 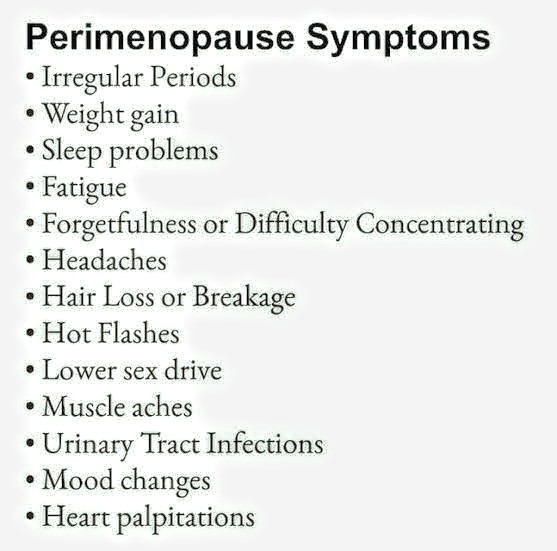 In this article we will discuss about the Sign and Symptoms of Perimenopause. So, let’s get started.

Urinary incontinence or urgency or both

You may have few or majority symptoms (not necessary all) and if you are in the perimenopausal age (i.e mid to late 40s) then these symptoms may indicate perimenopause.